Keep up to date with the evolving world of government bidding with tips, best practices, trends, research and observations. Let BidNet's knowledge and experience work for you.

Technology and Transparency in Government Contracting 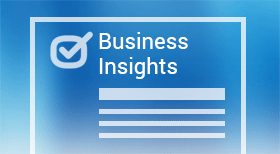 Today, public sector purchasing departments are adapting to fundamental changes in how RFPs are designed and distributed, as well as how government contracts are awarded. The arrival of new technologies to streamline the RFP creation and publishing process, as well as the rise of bid aggregation services that make it easy for contractors to find and bid on opportunities, have dramatically affected the fields of procurement and government contracting.

These developments are also underpinned by a significant cultural shift towards “Open Government” policies, which are currently being adopted by municipal and state governments across the United States and around the world.

Open Government initiatives are designed to promote transparency in government and encourage prudent public spending. While adapting to these changes is challenging for organizations, it is crucial that government agencies, companies and contractors alike have up-to-date information about modern procurement practices in order to effectively prepare for and benefit from these changes.

Transparency as the New Normal

For decades, public officials, auditors and concerned citizens have openly criticized the processes associated with the awarding of public sector contracts in the United States. Whether decrying procurement departments’ reliance on outdated and opaque bidding structures, their non-competitive awarding of contracts to preferred bidders, or the many documented instances of fraud and collusion that occur in government contracting, the criticisms are usually justified.

This chorus of concern combined with the widespread availability of powerful software tools and a growing interest in “Big Data” capability among large organizations has gathered steam in recent years, evolving into a community-driven initiative that is referred to as the Open Government movement.

Simply put, Open Government movements seek to improve the quality of life for all citizens by fostering an environment of transparency and accountability in government. Advocates of Open Government believe that by capturing and making publicly available the information generated by our cities and states (including public spending, employment rates, housing statistics, crime rates, school enrollment figures and much more), policymakers will be better equipped to make important decisions about resource allocation, citizens will have information with which to better inform their life decisions, and public sector spending will remain focused on creating value for taxpayers.

Which Cities are Embracing Open Data?

In the United States, the following cities and states have implemented Open Government initiatives:

While the degree to which cities and states implement their respective Open Government policies is varied, each initiative is a step in the right direction towards creating an environment of true institutional transparency. Around the world, public and private sector organizations are coming to recognize the importance and potential benefits of transparency in the contracting process.

The availability of technology that makes it easier for organizations to publish bid opportunities is changing the way that contracts are sourced. Web-based bid services have also made it easier for companies to seek out RFPs and submit bids on the contract opportunities that are of interest to them.

Bid services aggregate the hundreds of RFPs and RFQs issued by public sector organizations as they are published, allowing contractors to easily search and submit bids on opportunities from one central location. All a potential contractor needs to seek out RFPs is an internet connection and a web browser – making the process of seeking contracts as simple and streamlined as possible.

Contractors interested in bidding on government RFPs should consider using a robust bid service to optimize their search process and to facilitate the bidding process.

The Future of Government Contracting is Transparent

Looking ahead, it is clear that Open Government initiatives and technology improvements will continue to play important roles in public sector contracting. As buying organizations and vendors increasingly adopt the technologies that disrupt conventional procurement processes, so too will the expectation of transparency become more prevalent at every step of government contracting.

The challenges associated with transitioning to new ways of publishing and bidding on government contracts may seem daunting, but the benefits realized as a result of these changes far outweigh any difficulties. At a minimum, organizations will benefit from learning about how public sector contracting is changing with the times, and to understand why these changes are not only beneficial, but long overdue.