Over the last 30+ years, BidNet has furnished government contract opportunities and supplied valuable market intelligence to tens of thousands of businesses. Learn about customers who have used BidNet to find success in the government contracting marketplace 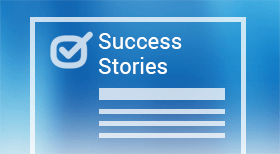 Associated Fuel Systems is a small, family-owned business that was founded in 1981 as a diesel fuel system re-manufacturing shop. Today, after 35 years of providing top-notch service to their clients, AFS has grown to become the largest machine shop in the Southeast. Based in Georgia with a staff of 40 employees, AFS maintains an edge over the competition by providing a one-stop shop where in-house specialists rebuild and remanufacture diesel engines directly onsite.

When Associated Fuel Systems launched a new company website two years ago, they had a few specific goals in mind: firstly, they wanted to be able to grow their business and expand online, where they would be able to reach a larger audience; secondly, they wanted to develop a reputation as the market leader in Georgia, where both existing and potential customers would come for all of their diesel engine repair needs. To help their business grow, AFS increased their focus on working with public sector agencies by bidding on government contracts in their area of expertise.

Before discovering BidNet, the company had submitted bids on government contracts but felt that they were missing out on many relevant bids during their search for contracts. They tested out competing bidding services but found that the bids they received didn’t match well with the services they offered. The company then decided to try BidNet – and suddenly AFS was receiving a high volume of relevant bids, all of which were appropriate for them to bid on. The company quickly discovered that BidNet allowed AFS staff to submit bid proposals directly to buying agencies online, making bidding faster, easier and ideal for the company’s digital marketing strategy.

AFS received so many opportunities from BidNet that they decided to hire a full-time employee to handle government bids – a testament to the revenue opportunities that a BidNet membership can generate.

Makel Chandler, Online Sales Manager and Bid Coordinator for AFS, stated that as she began to use BidNet’s services, including checking her daily Bid Alert® Bulletin, she found that “BidNet has more [bid] opportunities, and makes it easier to find information and submit bids.” She also mentions that the ability to submit bids online has made her job much easier. In addition to receiving bid opportunities on a daily basis, Mrs. Chandler says that she enjoys spending time on BidNet’s website, which she finds to be user-friendly and easy to navigate. In particular, she notes that if she has a question about an open bid she can easily find the specific bid on BidNet.com and gather the information she needs.

Associated Fuel Systems has a diverse customer base and is experienced in serving both private and public sector organizations; in fact, five of their top ten customers are state or local government entities. Because term contracts with government agencies tend to be longer in duration than those in the private sector, AFS sees the importance of landing more government contracts, and BidNet helps them do just that. With BidNet, the company is able to “get bids quicker and submit proposals faster” says Mrs. Chandler and by having the ability to submit more bids AFS has been able to win more contracts which has allowed the company to grow and reach more people.